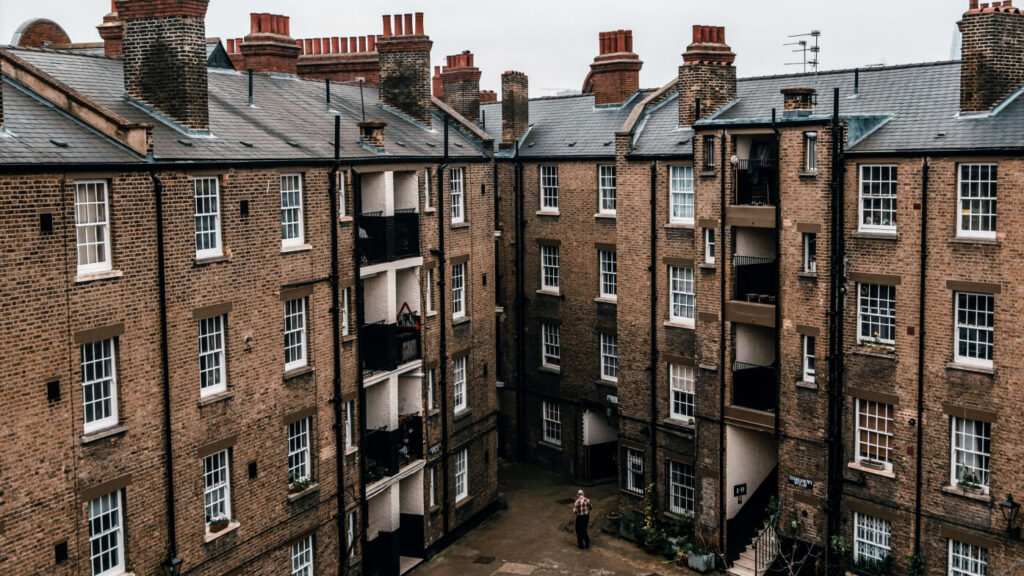 The box sash window is an iconic piece of British architecture and design. Their elegant styling and large panes look great, allowing more of natural light. Even by today’s standards, well-maintained but centuries-old examples are easily operated. Made from great quality timber (pre-1950), many survive today. Learning about each era’s unique characteristics is invaluable if you plan to overhaul or repair historic sash windows.

Where Were Sash Windows Invented?

Their exact history of sash windows remains unclear. A defining piece of Britain’s physical and cultural landscape, it’s well worth delving into sash windows history to understand how they developed over time.

Some say the Dutch. Some think, a French invention. Perhaps it’s derived from the simpler horizontal Yorkshire Sash. The truth is, no one knows. No patent was taken on the pulley and weight system that defines the modern version. Tracking its evolution is fascinating, though. Modern designs incorporate elements we can track through history. Made prohibitive by taxes for centuries, evolving after The Great Fire of 1966, and the preserve of Royalty for centuries, they became ubiquitous on British streets.

The modern Sash windows history didn’t start as a ‘window’ per se. Consisting of a wooden slat which raised and devoid of string and pulley, the 13th-century example was basic. It used a swivel block to stay open. Glass production was not advanced, and glazing was rare. Circa 1500, glazing was still uncommon. Most ‘windows’ were simple holes in walls, with slats added for security.

In 16th Century Britain, glazing remained the preserve of the establishment. Glass was imported and expensive. High-status buildings like castles, churches and palaces were glazed. Most dwellings would use oiled cloth, paper or thin sheets of bone, which were nailed in place. The technology to produce larger glazing panes hadn’t been invented. Glazed windows consisted of many smaller panes (quarrels), held together by lead strips with iron reinforcements.

The first known examples appeared when The Queen Mother, Henrietta Maria, returned from France. Bringing her joiners, she installed the first known glazed vertical sliding examples, whilst refurbishing Somerset House. Basic by today’s standards, they only opened from the bottom. Sophisticated styling, and numerous advantages over old casements in common use, made them an instant hit. But only amongst the elite.

These windows did not feature the pulley/counterbalance system we recognise today. They were heavy, and the operation was difficult. By 1669 we find documented evidence of the first true counterbalanced versions, recorded by Sir Christopher Wren’s joiner. The Royal Seal of approval, plus Wren’s involvement, made the sash window an important status symbol in elite circles.

The Great Fire of London

Britain’s entire approach to city planning and building evolved after the unfortunate events of 6th September 1666. The Fire had raised many questions amongst architects and planners. The fire devastated London. And window design had aided the spread of fire.

Planning regulations were overhauled. Pre-1666, sills were unheard of. The 1709 Building Act stated that windows must be inset by 4 inches and protected by facades. Sash windows fitted the bill and became increasingly popular.

Britain is rich in Georgian architecture. Advances in glassmaking drove down prices in this period. By the mid-Georgian era, new, counterbalanced, and thinner sashes spread. By 1800, even modest dwellings featured sash windows.

Baltic Pine helped reduce costs further. Baltic pine is a dependable, long-lasting timber. Despite their advanced age, many original sash windows still survive. Glass making has improved. The glass tax ensured only the super-rich had the resources, making them a symbol of wealth and power. By the late Georgian period, they were much more affordable, but glass taxes meant they consisted of smaller glazed panels.

Their popularity increased among lower-income households. The levy on glass was repealed in 1845, allowing many to fit single-pane glazing.

The Edwardian Period was short but important architecturally speaking. The Sash was king (of windows). Although King Edward’s reign only lasted from 1901 to 1910, the entire period spanned 1901 to 1920.

Over recent years our favourite has gladly made a resurgence. Cheaper production costs, new materials and design innovations make sash windows a viable alternative. As people grow tired of the PVCu windows that dominate our streets, they return to traditional windows.

Sash windows have persevered for over 500 years. Their design works in the modern-day as it did centuries ago. Sashes have many advantages over casements and even modern PVCu windows.

The historic nature of buildings featuring sash windows means repair and replacement work can be difficult. You may need planning permission before starting work. Legislation protects Listed buildings and defines work you can undertake. All work must be sympathetic and retain historic character. A planning officer will be able to advise. Always check before work begins. Our page on listed windows restoration has in-depth guidance.

Chameleon sash windows specialists are experts in these kinds of repairs and overhauls. If you need sash windows repairs, give us a call, and we can help. We can even point you towards the correct authorities to seek planning permission.

Overhauling a historic fitting can be more complicated. You need to ensure you maintain the character of the building. But it can make a huge difference to your home’s appearance, long term value, and energy efficiency.

We hope this article about the traditional sash windows has been informative. Sash windows have 500 years of history. Many examples survive today: a testament to great design. Sashes provide a fascinating insight into our history and architecture.

We’re passionate about fixing them! If you need work on a historic sash window, give us a call today. Our team of experts will be happy to help.